Considering the last thing I saw Keanu Reeves in was the awful, dull, depressing, dull, unimaginative, dull, unnecessary, and desperately dull remake of The Day the Earth Stood Still, I thought the days of the eternal Reeves were over and that we could only reminisce of when things were excellent and he would always choose wisely, both with pills and films.

But then came John Wick, seemingly out of nowhere (cue Pokémon music in your heads) and Reeves was once again thrust into my vision, guns blazing and looking as non-aging and ass kicking as ever.

John Wick (Keanu Reeves) in a speedy montage finds love with his new wife Helen (Bridget Moynahan) only to lose her as quickly as the montage begins. Grieving, Wick receives a dog from his late wife asking him to keep loving by starting with the dog first. Although clearly  not over Helen’s untimely death, Wick begins to get attached to his new dog Daisy and the long process of coming to terms with his wife’s death and
moving on seems assured. 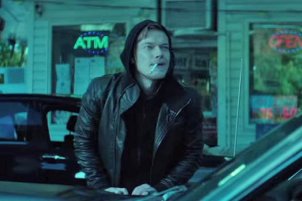 And then Russian gangsters led by Iosef (Alfie Allen), who had early tried unsuccessfully tried to buy Wick’s Mustang, break into Wick’s house, savagely beat him and kill Daisy before stealing said Mustang. Wick, having his last vestige of comfort after Helen’s death taken away, seeks revenge by plunges back into the murky world of hitmen where he was both revered and feared. Let the bullets fly.

I’ll give props to Reeves as, although an actor that is universally known, he hasn’t been in too many films that have gripped the masses aside from his memorable few. Seriously, go through Reeves’ filmography and tell me you’ve seen five more films than the obvious ones. Reeves’ acting is on point as the wronged hitman, exuding power and emotion that makes you route for every stylised kill he bestows upon any foe he faces.

In fact, the entire cast seems right. Alfie Allen plays the loutish Russian Iosef effortlessly, Michael Nyqvist as Iosef’s father Viggo deftly portrays a man of power who knows the severity of the threat of Wick while not backing down from a threat to his position, and Adrianne Palicki as the vicious Ms Perkins who can as easily shoot you between the eyes as vaguely glance in your general direction are to name but a few.

But to be fair, this film is not just centred on characters, but the world they all occupy. Directors Chad Stahelski, (the uncredited) David Leitch and writer Derek Kolstad have created a fantastic underworld for the cast to wonder round. Nothing sums it up better than the Continental Hotel stays at while exacting his revenge which is controlled by Management.

The strange controlling organisation for hit men, as controlled by Winston (Ian McShane) exuding authority while he relaxing in his atmospheric bar, while concierge Charon (Lance Reddick) in an almost Jeeves-way manages to know precisely what Wick wants and needs. It’s so peculiar that we can’t help but be captivated by this underworld while Kolstad’s simple premise for John Wick allows the cast to run riot in this world dripping with secrets.

Not to name drop again, but thank (insert deity or non-deity here) for Reeves for getting us Stahelski and Leitch to helm this feature. Both being stuntmen and stunt coordinators being involved in The Matrix series and V for Vendetta to name but a couple of their extensive credits. They choreograph every fight scene which such dutiful care, giving it a fluidity that never ceases from having your utmost attention at all times while prevented from being so ostentatious that it becomes so unrealistic that it becomes a parody of itself.

John Wick is the film we have all wanted Keanu Reeves do for a while. It’s barebones approach to plot allows more room for action and hints to more (which we will get with it’s inevitable sequel in 2017). Time will tell 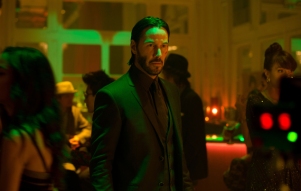 whether that becomes more of this or will fall into the Taken 2 category of lacklustre expansion but, for now, John Wick delivers oodles of fun, and sprinkles of humour, that will have many households leaving imprints on their sofas for many repeated viewings to come.